It is with great pleasure that I learn that the Hebrew people have just opened a website in French.
Here is the announcement informing that the address of the site that I will use frequently as source of information on the subjects of the religions and the imperialism having as the roots of these beliefs. This site is already an incredible source of knowledge.
Atheists of all countries unite us! 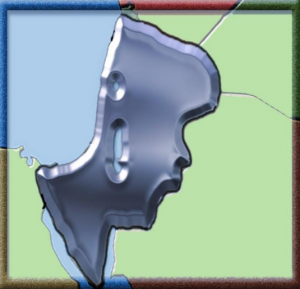 “Qedem”, The Land of the Hebrews

“We are pleased to announce the launch of the website of the “Hebrew Movement of Liberation” in its French version.
We thank all those who participated in its development.
Our website is intended to present to the French-speaking public our Movement which aims to restore its dignity and its freedom to the whole Hebrew people over all the historical and natural territories within the framework of a fight against the alienations and oppressions religious, theological, Ideological, cultural, racialist and identity, as well as ethnicist imperialism and colonialisme.
Our Movement is also part of the struggle of the peoples of the quart-world and indigenous “First and Second Nations” for their liberation, political sovereignty, and the recovery of their dignity and their ancestral homeland.
The reader will find on our site the foundation of our Movement, its raison to exist and the struggles in which it engages, in terms of ideas and political struggle.”